The interest from dog breeders to use artificial insemination (AI) is rapidly increasing world wide both because the results are improving due to advances in our understanding of canine reproduction, and improvement of the techniques, but also because of an increasing awareness that by AI spread of diseases can be prevented. Breeders now use stud dogs from all over the world, and save semen from valuable dogs to be used in later generations.

The keys to obtaining good results by canine artificial insemination are proper timing of the insemination, the use of an adequate number of spermatozoa of good quality, good semen handling and preparation methods, and to apply an intrauterine inseminaton technique. Whelping rates by intrauterine AI in the dog are significantly better than those obtained by vaginal AI not only for frozen-thawed semen (by 51%) but also for chilled (by 44%) as well as for fresh semen (by 30%). Litter size using intra-uterine AI of frozen-thawed semen is also significantly larger than by vaginal AI. Litter size has been estimated to be 25-30% smaller in bitches receiving frozen semen compared to fresh and chilled (6,8,10,11,12). (Tables 1 and 2).

In Europe today around 50-55% of canine inseminations that are performed by veterinarians are done with freshly collected semen, while 10% are done with chilled, extended semen and 35-40% with frozen-thawed semen. No information is available about the numbers of AIs being performed by breeders themselves. In some countries only veterinarians may perform AIs in dogs. In the USA the breeders are now allowed to perform semen collections themselves and also to perform AIs using fresh and chilled semen. Only AIs using frozen-thawed semen must be performed by a veterinarian.

AI techniques in the dog.

Methods for AI in bitches include vaginal deposition of the semen, transcervical intrauterine deposition (TCI) using the Norwegian/Scandinavian catheter or with the aid of a rigid endoscope, and intrauterine (IU) insemination by laparoscopy or full abdominal surgery. (see 5,7). In for instance The Netherlands, Norway and Sweden the use of surgical AI is not considered ethically acceptable, and therefore is illegal, whereas in the UK its use is very restricted.

Figure 1. The three sizes of the Norwegian/Scandinavian AI catheter for non-surgical TCI in dogs, and two sizes of rigid plastic single-use catheters for vaginal AI.

Figure 2. Transcervical intrauterine insemination can also be accomplished with the aid of a rigid fiberoptic endoscope, with or without a deflector and camera and monitor, and a canine 6-8 Fr gauge urinary catheter.

To learn the techniques for non-surgical TCI using the Norwegian/Scandinavian catheter (Fig. 1) or a rigid endoscope (Fig. 2) have a long learning curve, but once learned they are quick procedures, performed in the unsedated, standing bitch, and usually being accomplished within minutes (7,8,9,20).

Surgery to effect intrauterine insemination is still widely used. The method is, however, considered by many to be unethical and unacceptably stressful for the bitch. The risks for infection, etc. associated with surgery in general and the limited number of surgical AI’s that can be performed in a given bitch are two obvious disadvantages.

Abdominal laparoscopy should offer a somewhat more acceptable alternative to full surgery for AI in the dog, but this method has not met with acceptance from practitioners, most likely because they are more used to the surgical technique.

A recent survey on the web-lists for small animal reproductionists reveals that surgical AI probably currently still is the most commonly used technique for AI in the dog, especially when frozen-thawed semen is used, or when the number of spermatozoa is low or semen of inferior quality is used. More and more veterinarians are, however, learning one or the other of the TCI techniques. It appears that the use of a video endoscope especially attracts the younger colleagues, and is also appreciated by breeders who can watch on the screen as the semen is injected into the uterus. Those who learn to use the Norwegian/Scandinavian catheter especially appreciate its simplicity. There appears to be a watershed between the world of breeders who register their dogs with the Kennel Clubs and the world of the racing Greyhound industry. The latter group numerically far outweighs the former, with apparently more than 10.000 Greyhounds being inseminated every year, and they are with few exceptions all done surgically

Timing of the insemination

Timing of the AI is crucial, especially when frozen semen is used, which has a short survival after thawing. The most commonly used method to determine the optimal days for breeding or AI is to measure the peripheral plasma concentration of progesterone. Especially in the USA LH-tests are also used. The bitch should be inseminated 2-5 days after ovulation, when the progesterone concentration is between 10-20ng/mL (30-60nmol/L). However, progesterone values should be interpreted bearing in mind that plasma levels of progesterone fluctuate during the day by up to 30-40%, in a not diurnal fashion (13).

In Europe the recommended number of normal spermatozoa per breeding unit is 150 to 200 x 106 (1,5), and to do 2 AIs per oestrus cycle, whereas in for instance the USA commonly 100 x 106 progressively motile spermatozoa (=50%) and a single AI is considered adequate. Pregnancies have, however, been achieved with as few as 20 x 106 fresh spermatozoa deposited surgically at the tip of the uterine horn and with two doses of 50 x 106 frozen-thawed spermatozoa deposited into the uterus through the cervix with the aid of an endoscope (20). Vaginal deposition of fresh as well as frozen-thawed semen appears to require approximately 10 times as many spermatozoa to obtain the same whelping rate as by intrauterine deposition (12,18). The proportion of spermatozoa with primary and secondary defects should not exceed 30% to 40%. The relative significance of different types of sperm defects in the dog has been little studied. It seems to be generally agreed, however, that dog spermatozoa with proximal droplets lack fertilizing capacity, while those with distal cytoplasmic droplets function normally. Motility should exceed 70% in a normal semen sample. A high total number of spermatozoa may partly compensate for a high percentage of morphological defects (10,14). Because the uterine lumen in the bitch is small, the final volume of extended semen should not exceed 1-3 ml in intrauterine AI:s and 3-5 ml in vaginal AI:s, depending on the size of the bitch.

This is clearly an area where more research needs to be done, aiming at determining the minimum number of normal spermatozoa for optimal results, in different breeds and sizes of dogs.

Good quality chilled semen may maintain its fertilizing capacity for several days up to one week or more. For shipping of chilled dog semen the Minitübe neopore box has proved very useful (www.minitube.de). The extended semen portion is put directly into this box at room temperature and is cooled by the two ice packs in the box during the transport, which saves time in the clinic. This box then keeps the temperature low and stable for up to 48 hours, and it can therefore be used also for over-seas shipments.

It is possible to successfully freeze dog semen that has been collected and then chilled for 2-3 days before being frozen (4,19). It is thus a viable option to have a dog collected nearer to home and ship the chilled semen to a semen bank for freezing.

Dog semen is generally frozen in 0.5 (or 0.25) mL straws, or in pellets. Although both straws and pellets have been found equally good for dog semen cryopreservation (15), straws are considered more hygienic, and are easier to identify, store and thaw. Semen doses should be easily identifiable: breed, name and registration number of the dog, together with the date and place of freezing, should be clearly marked.

For shipping of frozen semen dry-shippers are almost excusively used. The freight costs, however, are quite high and generally exceed the veterinary costs. The new single-use Dry-Shipper 3L (ST Technologies, USA) has proved very useful. Its holding time is 4 days, it weighs only 4.5 kg when full, and as it is intended for just one way shipment the freight cost is often reduced to around 1/4th of that of the ordinary dry-shippers. It can also be brought along as hand luggage on some airlines. A larger version with a longer holding time will soon come on the market.

Most of the currently used methods for chilling and freezing-thawing of dog semen are proprietary and any developments that have been made over the years, therefore, not disclosed. Of the non-proprietary methods the one developed in Uppsala, Sweden is one of the best scientifically documented ones, and used by many specialists world-wide. Still, further improvements should still be possible and studies are ongoing.

Results by AI in the dog

Pregnancy rate in the dog after well controlled natural matings has been shown to be as high as between 85% and 90%. Results from AI generally are still not as good, although when semen of good quality is inseminated at the right time in healthy bitches up to 80-87.5% whelping rate has been reported by TCI also for frozen-thawed semen (8,16,17). Unpublished results from surgical AI in the Greyhound claims a whelping rate of up to 92% (S Badger, personal communication), and several other colleagues claim to have a few percentage points better results by surgery than by TCI. Obviously results will also depend on many other factors such as breed, age, fertility of the dog and bitch, season of the year etc.(2).

Table 1. The influence of semen type used in 2210 AIs on the interval to whelping,

*Figures in a column with no letters in common are significantly different. In the model for litter size and interval to whelping month, breed (>10 litters), semen type, insemination type and interaction between the last two effects were included.

*Figures with no letters in common are significantly different

From the data shown in Tables 1 and 2 the whelping rate by intrauterine AI is from 36% higher for fresh semen to 50% higher for frozen-thawed semen compared to vaginal AI (6).

How Many Times Should the Bitch Be Inseminated?

Repeating the AI after 24-48 hrs results in a significantly higher pregnancy rate and litter size (3,6,10,11). If only one insemination can be made, for instance when performing surgical AI, emphasis should be placed on making sure that the bitch is inseminated at the optimum time, i.e. 2-5 days after ovulation.

When it comes to the timing of AIs we are probably as accurate as can be using the presently available methods. More focus need to be on semen assessments and determining what constitutes a minimum sperm number and quality per breeding unit. Extenders and preservation methods might be further improved. It would be preferable that more AIs be done using the non-surgical techniques. Of special concern for the veterinary profession is the increasing numbers of AIs that are being performed by laymen. This may have as a consequence an increased risk for the spread of diseases etc. Another issue that we urgently need to address is the problem of getting fundings for research within small animal reproduction.

Acknowledgements: I extend my sincere gratitude to all colleagues on the CAFEREPROD-list and SFT-Sa-list who made invaluable contributions to this presentation.

We offer multiple dog discount on the storage fee: 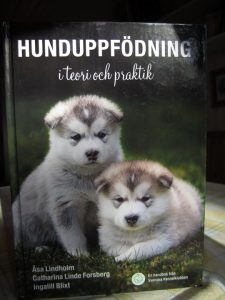